So, you’ve got your hands on a brand-new hockey stick. It looks and feels great, and you feel ready to smash the puck right past the defenders and prove yourself the better player.

The moisture on the rink significantly reduces your control of the puck. It can also loosen your grip on the stick. These are things you don’t want to worry about in the middle of the game, and using the best hockey tape is the best way to circumvent these issues.

But finding the right hockey tape can be a challenge in and of itself. There are several bogus options in the market, and buying the wrong one will hurt not only your game but also your wallet.

So, we did the legwork for you. In this post, we highlight the 8 best hockey stick tapes in 2021.

But before checking out our proven recommendations, reading our detailed buying guide will help you learn what you should be looking for.

Why use hockey stick tape?

There’s a lot of moisture on the rink, reducing your control on the puck and the stick. In a nutshell, using hockey stick tape helps you keep grip of the puck and also prolongs the life of your hockey stick.

Regardless of if you’ve got your hands on a wood stick or a composite stick, you must tape the stick’s blade to protect it from moisture. You must also tape the stick’s handle to ensure you have an excellent grip throughout the game.

This also explains why professional players have been treating hockey tape as an essential piece of equipment for years. It does make a difference in the control you have on the ice.

While you may have noticed that stick tape comes in different colors, there’s a lot more variety to stick tape than that. There are several types of stick tape, and each of them offers a unique set of advantages and disadvantages.

The function of the shin tape is self-explanatory. It’s used on shin pads and even on the socks over the shin pads to keep them in position.

The tape is pressure-sensitive, and in addition to being self-adhesive, it’s also water-resistant.

Its elastic nature helps ensure maximum circulation to the legs while maintaining the position of the pads. It comes in a variety of colors and must be discarded after use.

Grip tape is completely different from shin tape – it’s made out of cloth and has a cohesive coating on it.

Friction tape is what we usually refer to as stick tape. It is the original type of tape that was used back when hockey sticks were hard to come across and fragile.

When the stick got a crack, the players felt the need to use something to make the stick last longer. They initially used electrical tape since it was readily available and was effective at fixing the problem.

While some players still use the original tape, many arenas have banned its use since the black material quickly transfers to the puck, making marks all through the arena.

Another, newer type of friction tape was introduced in the early ‘70s. It was made from non-elastic cotton, and the material was much lighter than the original.

In addition to taping the handle and the blade with it, players would:

Other types of tapes you can use

You’d be surprised to learn that there are several other types of tapes you could use to protect your stick and improve its grip.

Modern electrical tape is a viable option since it’s easy to find, thinner, and more flexible. The tape can be used just like friction tape; however, the downside with it is that it only comes in two colors – black and white.

Pro-wrap is also commonly used by modern hockey players to tape up the joints. It provides comfort and allows for maximum mobility. Some players even stick the pro-wrap under their grip to make the handle thicker without adding weight to the stick.

Pre-made rubber grips are also increasingly popular, mainly because they come in various textures, allowing players to get a more personalized feel. They also relieve the player of the responsibility of continually taping up their stick.

How to tape your stick

If you’ve never taped your stick before, don’t worry. It’s a lot easier than you’d think, but learning to do it perfectly will take you a few tries.

Here’s how you tape your stick’s blade:

But that’s only the blade. Here’s how you can tape your stick’s handle:

The price of the Renfrew stick tape may seem a little excessive. However, when you consider the tape’s quality, you will find that it’s worth every cent you pay for it.

The one-inch wide tape comes in only one color – white. However, the patterned design of the tape will give your stick a unique, attractive look.

The company incorporates an advanced adhesive formulation on the tape’s polyester/cotton base, making the tape a lot more durable than other options.

Customers vouch for the Renfrew tape, and many report not having to re-tape their stick every other game.

If you’re annoyed that your tape wears off quickly, the Renfrew tape is the best hockey stick tape to get.

The Howies hockey tape comes in a set of three, and it’s a lot more expensive than a lot of other options on this list.

But consider this – it boasts an impressive 68 strands per inch, and the company claims that it is the highest thread count offered in a hockey tape.

The claims are backed up by customer reviews – many report that the tape lasts for a long time and resists the ice build-up on the stick.

It is offered in over two dozen different color sets, which is another significant advantage if the look of your stick is a priority for you.

If you’re an elite player or just want hockey tape that doesn’t cut in every match, you cannot go wrong with the Howies tape set.

If you’re looking to buy hockey tape for your child, no other option will satisfy their needs better than the Lizard Skins tape.

It’s made from Durasoft Polymer, which makes the tape soft and lightweight. However, it is just as sturdy as it is light, and it is also a lot easier to apply than other tapes. It’ll stay on a child’s stick for a week before starting to come off.

But what’s more impressive is the tape’s texture – it’s grippy texture ensures that the puck doesn’t slip off the blade at critical moments.

The tape isn’t cheap, but considering the convenience it offers, it’s worth every cent.

The A&R Sports tape is one of the best tapes that you could apply to your hockey stick’s handle. It rarely comes off and gives you an excellent grip.

But besides the high durability, the tape has a lot more to offer. The extra adhesive the tape comes with ensures that it will stay on your stick’s blade in the moistest of conditions.

The tape is also water-resistant, and putting it on your stick will prolong its life by years.

The quantity of tape that comes in a single roll is also impressive, and the price is reasonable, too, making it one of the best hockey stick tapes money can buy.

If you like to have smoother control over the puck in your games, the Blade Tape Peel & Play will be perfect for you.

The company claims that it is the next generation of hockey tape, and its claims are backed by the superior grip the tape provides.

But perhaps what’s more impressive is the tape’s weight – you’ll barely feel it on your stick. It’s easy to apply, too and makes for improved stick handling by reducing drag.

You won’t need to worry about your stick’s life, either, since it repels water and ice build-up.

The three color options are an excellent touch, and the decent pricing makes the tape a worthy buy for players that know what they want.

If you don’t care much about aesthetics and just want to get your hands on durable tape that is also affordable, the SportsTape hockey stick tape will be perfect for you.

It is constructed from a tightly woven poly-cotton blend, coated with grippe, a plastic coating that adds grip to the tape.

The tape’s serrated edges allow you to tear it off easily without needing scissors.

But one of the best things about it is that it lasts a lot longer than other tapes do without seeping adhesive or leaving behind residue.

Considering the low price and the features, it’s one of the best hockey stick tapes available in the market.

The Comp O tape set comes with three rolls of tape that can be used when playing hockey and lacrosse.

But what makes it different than other tapes on the market is that it lasts long even though it’s colored. This is because the company uses its durable cloth backing and couples it with its special dye, giving it a permanent color that doesn’t fade away.

The superior adhesive used ensures that you won’t need to tape your stick up in every game.

But the best thing about it is the price – it is one of the most affordable hockey tape sets on this list.

Proguard tape isn’t cheap, but it’s been a staple in hockey circles for decades. It allows players to tape their sticks with ease and forms a moisture barrier between the ice and the stick.

Every roll of Proguard tape can cover between two and three sticks, making it worth every penny you pay for it.

Its excellent stretch and serrated poly-cotton fabric allow it to strike the right balance between durability and ease of use.

Its long-standing history in hockey is only a testimony to its quality. You cannot go wrong with the Proguard tape.

Finding the best hockey stick tape should be a lot easier now that you’re acquainted with the best options and know what to look for.

However, if you don’t want to settle for anything other than the absolute best, go for the Renfrew tape.

While it comes in only one color, the tape’s durability, coupled with the protection it offers to the stick, make it the best hockey stick tape in 2021. 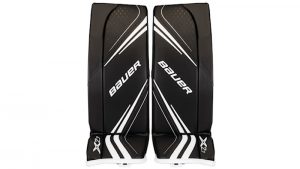 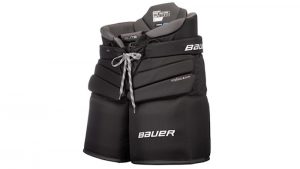 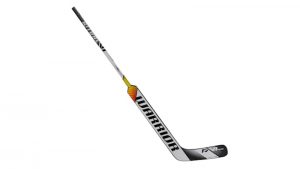 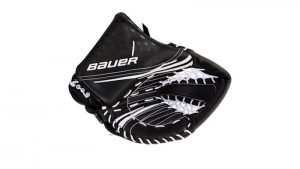 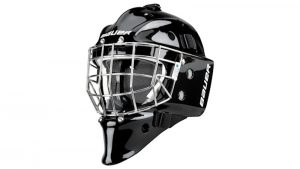 The 9 Best Hockey Visors and Face Shields in 2021